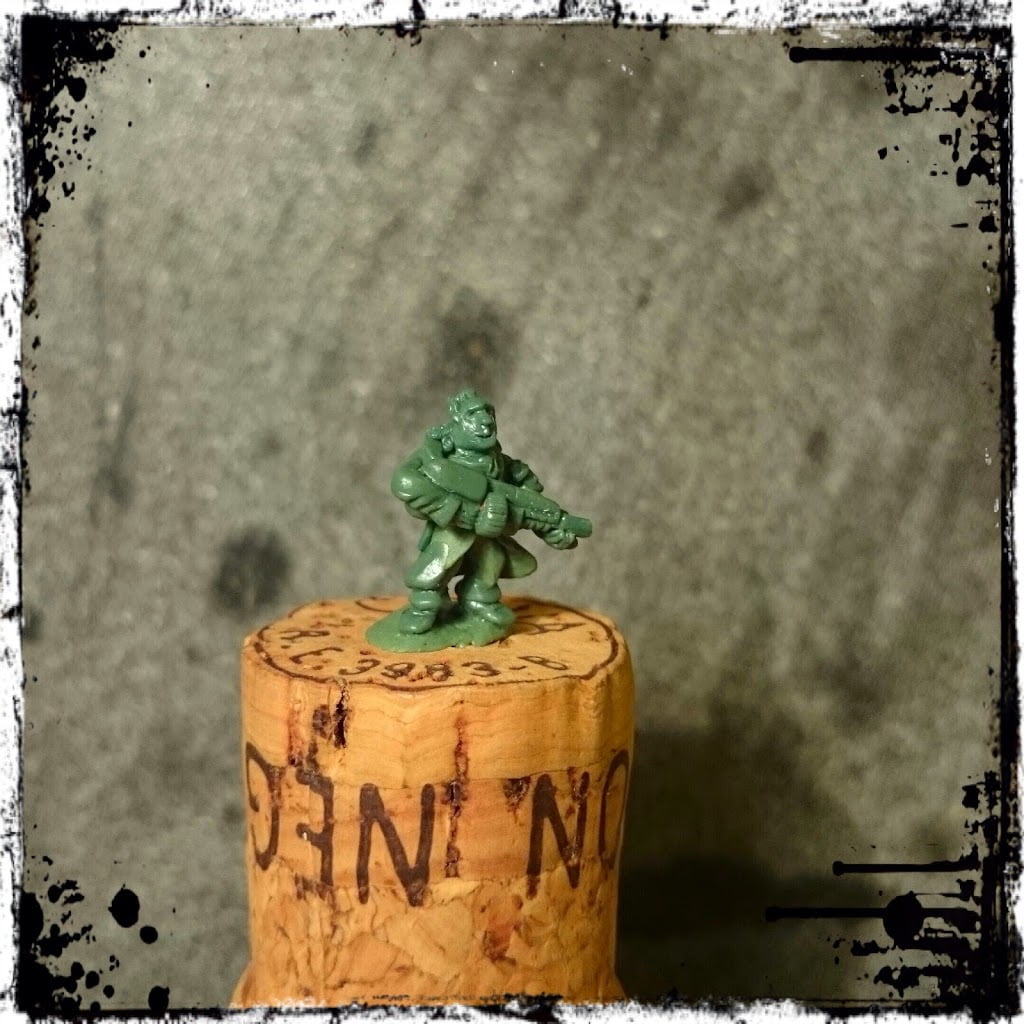 Well, 2014 is gone, and what a year it’s been!!!!! Those of you that read this will know I’ve been struggling with my sculpting over the last few months. Basically, this has been due to stress caused by overwork and trying to move house. Well, now Sprout, TLC and I are in the new place and settled, I’ve started pushing the putty again, and whilst there’s been no sudden increase in talent, I am finding it relaxing and a great way to destress – which, after all was kind of the point to start with.
Anyway, here is something I did a day or so ago.﻿
﻿﻿﻿﻿﻿ ﻿
It might not be apparent from the photos but he is an Elf armed with an automatic shotgun. When I was thinking about Elves, I liked the idea of them being “tribal”, as such, I’ve tried to build in a sort of Native American feel to him, with a Mohawk, plait and tribal feathers.
﻿Here is a photo of the sculpt with another Elf, armed with an assault rifle. These are “Urban” Elves in contemporary clothing and trench coats, I intend to do some additional models in more “traditional” dress, but more of those in future posts…
Next up, is a scale shot of the model  against my sculpt of a Dwarf pilot and the fantastic Irish Hitman model from Rebel Minuatures.
Finally, I managed to finish my Orc Cyber Pirate Captain, with his heavy pistol and naked chick “figure-head” walking stick

Anyway, it’s good to be back in the saddle and I’m hoping to improve more over the next year and maybe, cash allowing, get some more moulds made.

Next on the table, I’m thinking, as it’s 2015, maybe a sculpt of a “not” Professor Emmett ” Doc” Brown!!
One last thing, I proposed to TLC last night, and I’m thrilled to say she said yes, so I’m over the moon. I have a new home and a great family and 2015 looks like being a good one!!
So, as we wave goodbye to 2014, let’s raise a glass to those who’ve, over the last year, loved us, those who’ve lost us, and those lucky bastards who’ve yet to meet us!!
Wishing you all the best ’til next time
FC