Out of the Closet…… 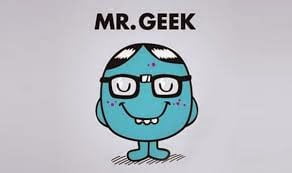 I have a confession to make, are you sitting down?

there, I’ve said, it. Not only that, I’m proud to be a Geek, I love Sci-Fi and Fantasy (especially that with scantily clad ladies in it – just in case the title gave the wrong impression!!), I love Geeky books, Geeky films, Geeky artwork, war-gaming, computer games, correct spelling and grammar, even Geeky jokes; but one element of “Geekdom” that I have always embraced more than the others is Roleplay – whether it be Dungeons and Dragons, WHFR (Warhammer Fantasy Roleplay for the uninitiated), Shadowrun, Earthdawn or any of the multitude of the other wonderful materials out there.

But yes, a Geek I am, always have been and always will be.

I know this will have come as a bit of a shock, especially from someone as obviously cultured, smooth, cool and, let’s face it, downright masculine as I, and this confession may well be up there with a list of scandals that include the New Orleans Saints secret slush fund, Arms to Iraq, Sqidgygate, MP’s expenses or the fact that the last three posts of this “Sculpting Blog” have not been about sculpting (I’ll pass the smelling salts if this is all too much!!), but I’m afraid I just can’t hide it any more….

Now, back in those dark times when I was married, I had an enforced hiatus from my Geek side and was left with clandestine night-time viewings of Fire-Fly re-runs on Dave or the surreptitious watching of Conan the Barbarian DVDs (cunningly concealed inside a “Sex in the City” box set), but what I missed most of all was the Roleplay. The camaraderie, the excitement and the downright God-awful plans we used to come up with…. Honestly, thinking back to when we played AD&D in the ’90’s, we made Kröd Mändoon and his group look like Ultimate Pros

Anyway, those horrid, horrid times are long behind me, these days TLC positively encourages my Geekiness and often ushers me out the door for Tuesday night Roleplay sessions with the boys – even Sprout (other than an occasional chew on an old lead figure – I must stop her doing that, teeth marks are a bugger file off – oh yes, and lead is bad for toddlers!!!) doesn’t seem to have any great objections…

At the moment we are playing GURPS (4th Edition). For those of you who have not come across this yet, the acronym stands for “the Generic Universal RolePlaying System”. Designed in 1986 by Steve Jackson Games, it’s a predominantly skill based game that uses a 3d6 mechanic against a calculated/adjustable target number. It can be used for any game setting you choose, from medieval, dark age fantasy, modern, post apocalyptic zombies or “Mad-Max” right through to to high-tech future or “space opera”, not to mention superheros or aliens and pretty much anything else you can think of in-between – it caters for it all…. seriously, check it out!!

The game we are playing at the moment is set on Earth, in the “semi” post apocalyptic near future. It’s based on a Russian book called Roadside Picnic, written by Arkady and Boris Strugatsy in 1971. Very basically, it is a world after the visit (possibly) by aliens, where small “Zones” have formed on the Earth’s surface (a few miles across), and in which very strange things happen (gravity reversing etc). Within these zones can be found “alien artifacts”, some of which may be beneficial to man kind, and many more which are not. The book follows the exploits of Redrick “Red” Schuhart, a “Stalker” (an individual who illegally enters the zones to retrieve these artifacts for profit). Obviously; the powers that be do not want any old Tom, Dick or Harry (or in this case “Red”) getting their grubby little mitts on such interesting (and valuable) things, and they add an extra layer of complexity to the whole thing.

In our take on it, these zones are much larger (many hundreds of miles across) and the events preceded major political turmoil; both currency values and the Stock Market collapsed, many countries (including the USA) broke up, new allegiances where formed and the Iron Curtain was raised again with the New Russian Republic ruling its lands with an Iron Fist. This turmoil allowed the rise of the “Mega-Corporations”; able to gain influence with the new Governments, many multinational companies grew and diversified massively – in many cases to the extent that they were exempt from all national laws and gained extra-territorial jurisdiction for themselves, their employees and (of course, most importantly) their Directors. Amidst all this chaos there is us, yes you guessed it, we are the “Stalkers” – working for various Governments or Mega-Corps, trying to scratch a living getting our hands on alien technology that will give our nefarious employers the upper hand or otherwise bring in a major profit.

Anyway, back to the sculpting……

When I joined the lads a few weeks ago (I’ve just moved house, remember), they were using an old D&D battle-map and pennies (with names/numbers on) to represent their characters. This presented me with a great opportunity to mix two of my favorite Geeky pastimes, namely sculpting little men and Roleplay (yes, sculpting little men is Geeky too – who knew!!). So without further ado, here is my GURPS 4th Edition character in all his 15mm glory:

Now, I have equipped him exactly as my current character sheet, other than the “mini-gun” that he picked up at our last session (I may do a re-sculpt if he ever gets any ammo for the damn thing, GM’s can be so unfair!!)

I have also finished a “Zone inhabitant” (one of those individuals who, for whatever reason, decide to live in the affected areas) – this one is a bandit gang leader – living in the French Zone (outside what used to be Marseille, and which is now a smouldering, radioactive ruin – if you’ve ever visited Marseille, you may struggle to imagine a difference). He uses it as a base from which to raid the surrounding areas and the major transport routes with his band of Gauloises smoking cut-throats.

Last night, I started work sculpting the second member of our mercenary group (the “Lone Wolves” – yes “lone”, all six of us…… these boys are tough, not smart!!), so I’ll keep you updated on how he progresses.

Until then, I hope you liked these.