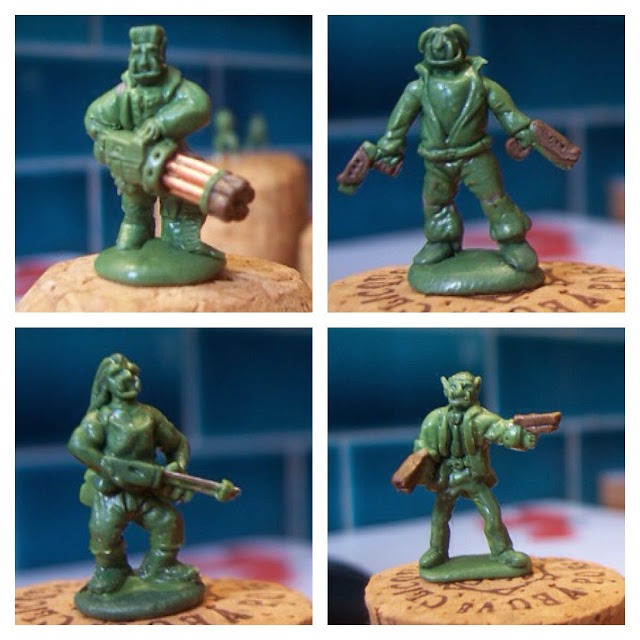 Well, not really, but the last few greens from my first batch of sculpts of which I have photos (there will be photos of the casts of the missing miniatures in later posts). 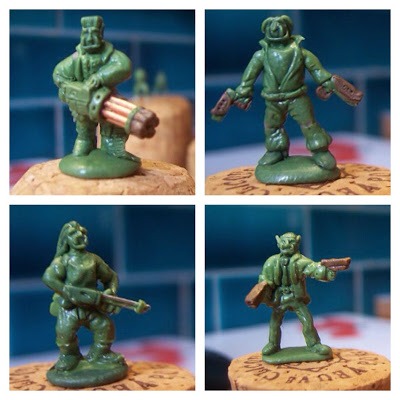 Next up we have (1) an Orc female assassin with two cybernetic arms and armed with a heavy pistol, (2) a dwarf mercenary, (3) an Orc fixer/fence armed with an assault rifle and a bag of stolen goods and (4) an Orc ganger armed wth an SMG 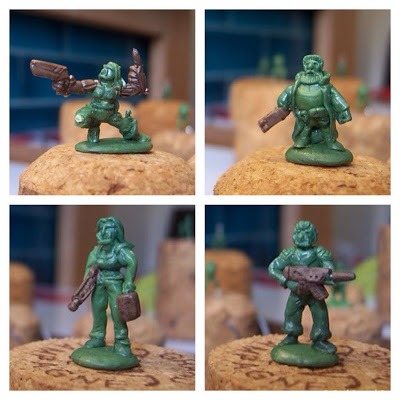 Last photo, we have an Orc with a missile launcher and an Orc runt with a jerry-rigged blunderbuss 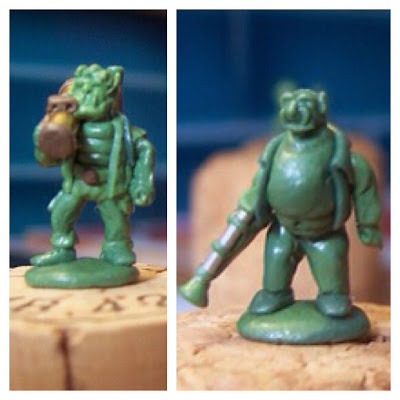 Apologies for the photo quality.
Until then, all the best
FC