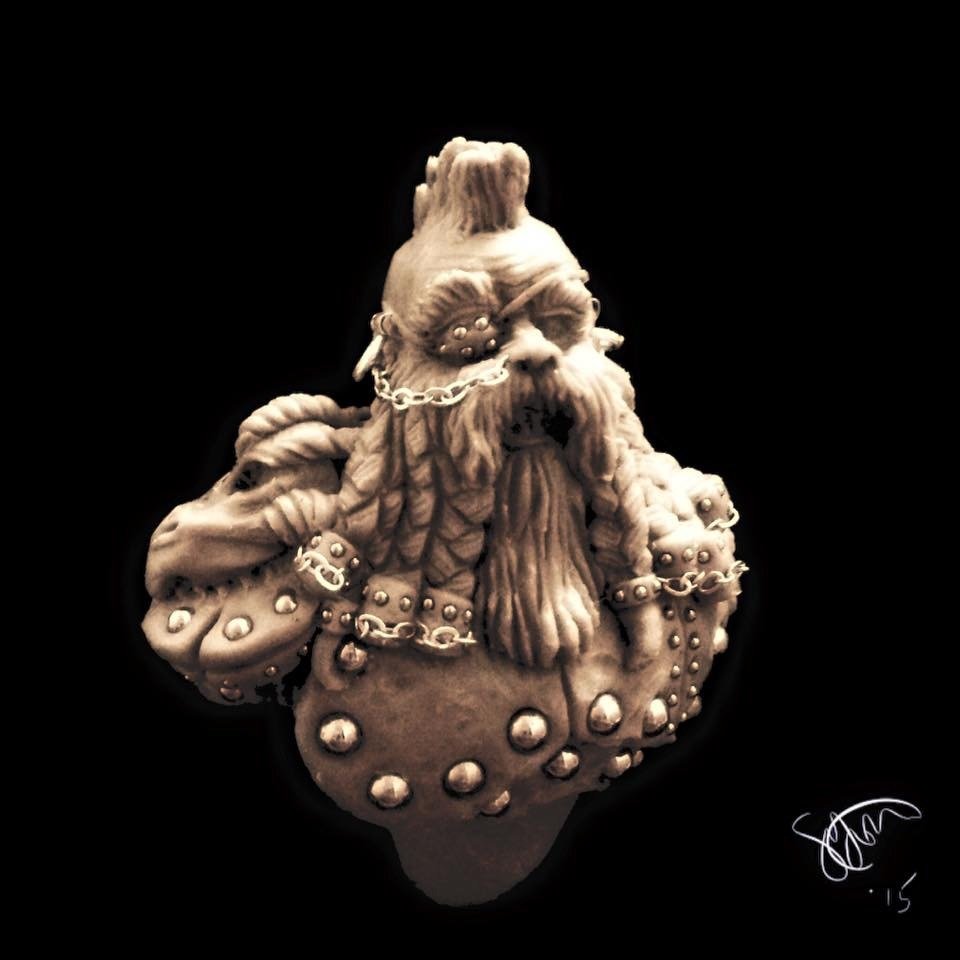 Having a couple of new commissions can be more than a little daunting.

That’s right dear reader, after posting about the High Gravity Mercs and my other recent projects, I have been asked to sculpt some more miniatures for a couple of people out there. Whilst this is great news for me, as its a wonderful way to expand both my skill set and comfort zone (as well as get some great exposure), when coupled with family life and trying to get a new job finalized, it can take its toll – in this case, the toll demanded has been a severe case of sculptors’ block.

You see, I’ve been trying to sculpt a number of 15mm figures for a week or so now and, so far, nothing is coming out looking the way that I wanted it to – or indeed, even looking half acceptable (to me, anyway). Now, a change is as good as a rest, so they say, and I thought it might be worth trying something totally new to break the voodoo.

I figured that, as I’ve ever really only worked at 28mm and 15mm scale and as I am, in particular, struggling with faces at the moment, I would try my hand at a larger scale and in particular, try sculpting a bust.

Now, I’ve never sculpted a Bust before, so didn’t really know where to start or what should be the subject matter, in the end, I opted for my very first character from my time role-playing Dungeons and Dragons – Grimlock Ironjaw, a no-nonsense the Dwarf Warrior (is there any other kind?).

I always envisaged him something like the old school Troll Slayers from 2rd(?) edition Warhammer Fantasy Battles, with a mohawk and slightly crazy-ass look about him (albeit, clad in very heavy plate – he wasn’t THAT crazy!!). Out of all the characters I’ve played over the years (and there have been more than a few!!), Grimlock was by far and away my favorite – he was part of the band of PC’s that myself and my (very sad – I admit – group of friends reminisce over to this day after a couple of beers). I took him all the way to level 9 (which meant something in the days of AD&D – not like these new fangeld systems you kids have today!!) before he was killed by a Balor Deamon

For the armature, I simply used the same building method I use on my other sculpts, but with thicker wire, and I sculpted him from a mix of Bees Putty and Super Sculpy, adding in various ball bearings and chains as I went along to make armour studs and other accessories.

Here he is after the clay was baked.

He is scaled at approximately 1:15 scale. There are obviously a few areas where he could be improved, but as this was a new scale for me and the first bust I had ever tried to do, Overall, I was pretty pleased with how he turned out.

Hope you like him, and I hope this will have cleared the block – we will see in due course………

All the best ’til next time